Destiny 2 developer Bungie’s next game is shrouded in mystery, but some details about this new IP hint to the direction it’s headed.

Besides working on Destiny 2 and the Destiny franchise, Bungie is currently developing a new IP. Bungie has not given any official news about this new IP outside of saying that it is indeed looking to become a multi-project studio with a new non-Destiny game launched by the year 2025. There have been a few minor leaks, most notably Bungie’s registration of the trademark Matter, which is currently thought to be the name of this new IP.

Despite having no announcements to the details of Bungie’s next game, doing a little digging into the kind of team Bungie is currently in the process of building for this new IP gives some hints as to the direction that this new game may be headed. The game is clearly very early in development as core leads are in the process of being hired, and the IP is likely still being defined. In fact, the job postings for this new IP are all labeled with “Incubation” inferring that this new IP is in its infancy with a team working to further develop it, but the framework for whatever Bungie’s next big thing will be appears to be in motion.

A Comedic and lighthearted tone

Bungie’s job posting for the Incubation Art Director asks, “Would you like to work on something comedic with lighthearted and whimsical characters?” This stands out in many ways from Destiny 2, which takes a more epic and mythical, space opera tone with its world. There are plenty of touches of humor, although some of that humor was taken out of the game with the death of Cayde-6 who often served as the comedic relief, but Destiny often takes a more serious tone than a whimsical and comedic one. 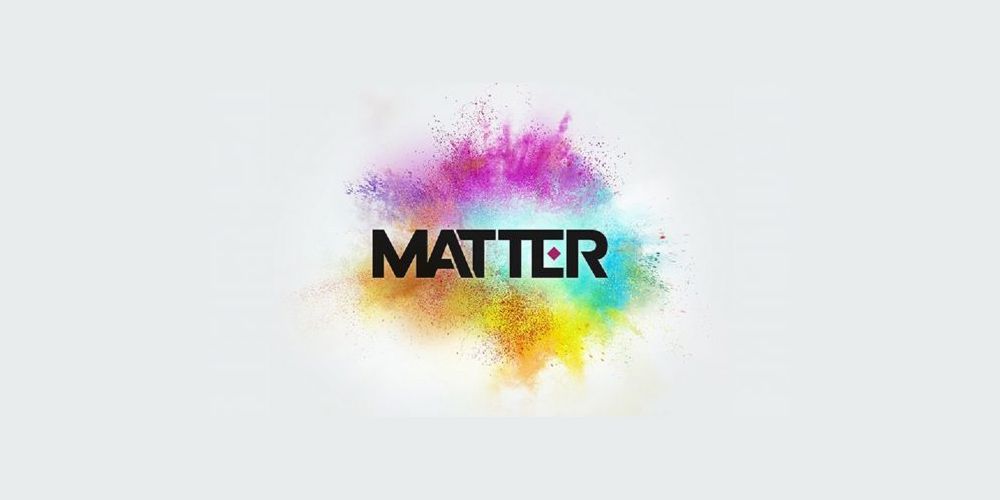 This also seems to fit with the one piece of art that was leaked for the Matter trademark, with the word Matter surrounded by multicolored paint splatters.

Characters for fans to fall in love with

Speaking of those lighthearted and whimsical characters, whether they are playable or NPCs, it sounds like Bungie wants them to be a strong part of the game that a diverse player base will enjoy. The same job posting for the Incubation Art Director mentions that the candidate will need to think about “how character design can enable fan cosplays,” which speaks to the kind of dedication and adoration Bungie is trying to create for the characters of its next IP—enough that fans will want to cosplay as their favorites, similar to what can be seen with fans of games like Overwatch.

Another job posting for an Incubation Senior Gameplay Animator calls for a master of “combat animation,” which should be no surprise for Bungie, which has earned its pedigree for developing some of the best-feeling FPS mechanics in the industry. What is interesting is that the post mentions both first- and third-person animation. That does not necessarily mean the game will have combat in both perspectives, considering that Destiny has both perspectives in it: first-person for the majority of its gameplay but third-person for supers and vehicle gameplay as well as in social spaces. Even Halo had a blend of first-person and third-person gameplay, like pulling out to third-person in vehicles or assassinations in Halo: Reach.

Whatever this game will be, it will have an economy and investment system, including monetization. A job posting for an Incubation Economy Design Lead mentions “drop rates, reward curves, progression systems” as well as “quest, weapon, armor, and equipment economy, progression, and rewards.” It’s impossible to guess what this means for the game that Bungie is developing, but it appears that the developer will have a system to keep players engaged with completing quests and earning rewards. And, as most contemporary games, there will be a monetization model. As Bungie is self-publishing this game, there is no doubt a need to continue to support that game alongside Destiny. Its Eververse has had its ups and downs with player opinion, but the job posting does mention crafting an economy that “respects players.”

A common thread in every job posting for this new game is that it mentions candidates should have experience with and love for competitive games. This definitely plays into Bungie’s wheelhouse, as nearly every game the developer has ever made has had a PvP multiplayer component. Bungie’s tagline that it has been using for many years is “We Create Worlds That Inspire Friendship,” and it’s likely this will be true of this next IP as well.

Of course, all this should be taken as speculation at this point, considering that Bungie’s next IP could undergo many changes before it is released, especially if it does not release for another five years in 2025.

Matter is rumored to be in development.