Hearthstone’s newest game mode, Mercenaries, is ditching the traditional cards and deck-building for roguelike, RPG, and gacha elements instead. 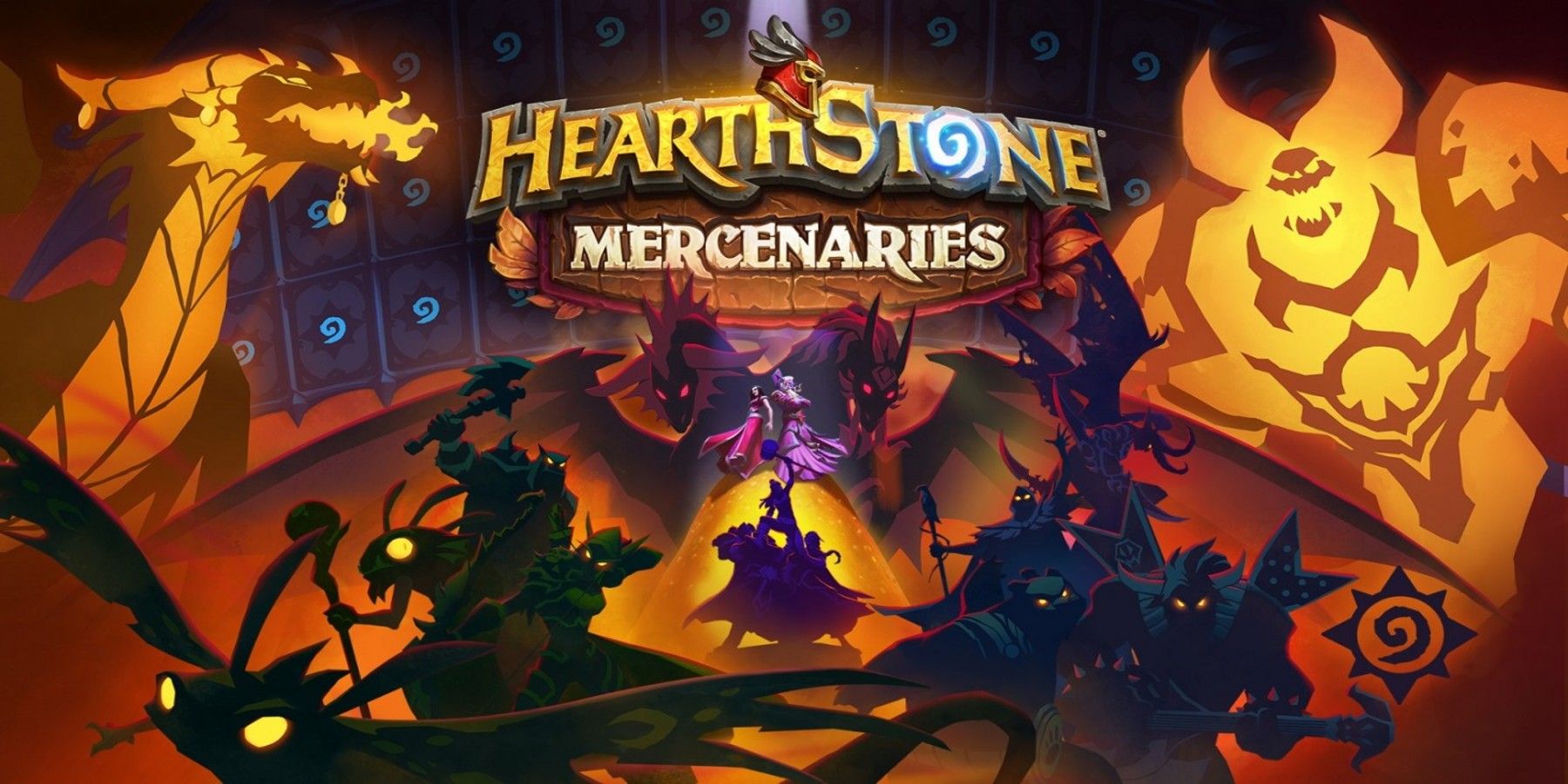 Blizzard’s long-running collectible card game, Hearthstone, is set to receive an entirely new game mode next month. In the seven years since the game has been released, there have been many new additions to the normal deck-building and battling formula. These include the Standard, Wild, and Classic divisions, weekly Tavern Brawls, Arena, Solo Adventures, Duels, and the fan-favorite Battlegrounds. Up until now, Battlegrounds was the sole game mode that was vastly different from traditional Hearthstone gameplay as it was Blizzard’s take on the ever-popular auto chess.

However, Hearthstone Mercenaries is now set to be the most different thing Team 5 at Blizzard has ever done. The combat system will be entirely different from the minion and spell-based traditional Hearthstone and the auto battling in Battlegrounds. Furthermore, Mercenaries will use its own collection of ‘cards’ independent of the main collection, with its own monetization scheme as well through Mercenaries packs. Lastly, there will be a central hub called the Mercenaries Village which is the starting point for launching into PvE and PvP battles.

In Mercenaries, the player can take on PvE Bounties as well as battle other players’ teams of Mercs. The PvE Bounty Board will have normal and heroic difficulties available at launch, which should be familiar for any fans that played through earlier Hearthstone Solo Adventures. However, later on, there will also be a new ‘legendary’ difficulty. Each increase promises to raise the level of enemies the player can fight as well as the complexity of the map and enemy abilities. Every bounty the player chooses to accept is procedurally generated in a Slay The Spire style map and includes all kinds of encounters ranging from simple battles, events, and healers. It’s up to players to chart their way to the end while losing as few mercs as possible.

Each merc has three abilities and equipment, both of which are upgradable with the Mercenary coins the player gains from collecting bounties. Each ability has a speed value that determines the order of combat and some even have cooldowns to prevent the spamming of ultra-powerful abilities. In combat, the player queues up these abilities to trigger in the most efficient way so that the opponent’s mercs are defeated while theirs take minimal damage. Death of a merc is also permanent in the PvE mode unless a spirit healer’s services are employed. 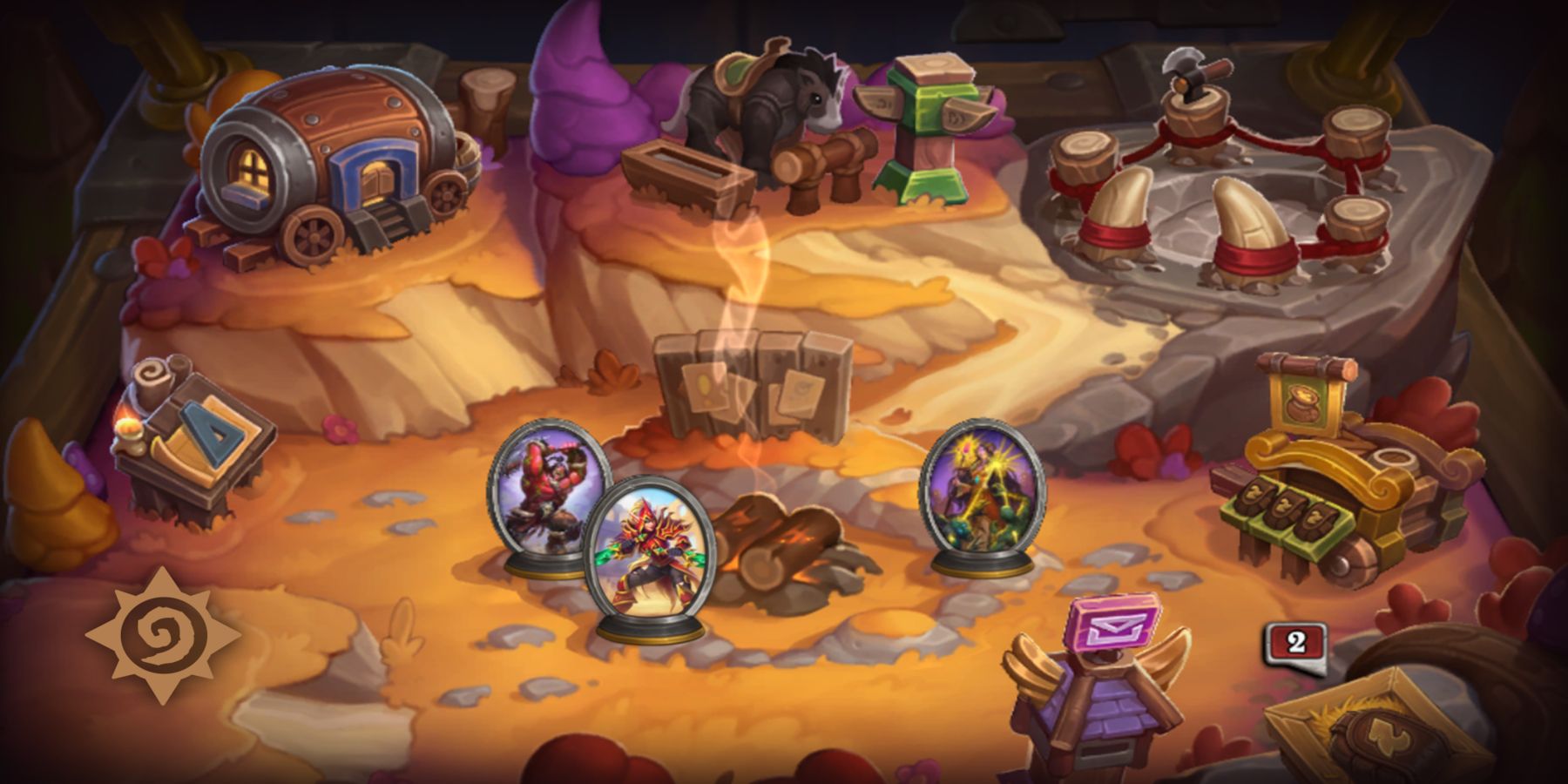 The Village within Mercenaries will be the hub and starting location for the game mode. Upon starting the game, all the player has is the workshop building. The workshop is where the player builds and upgrades the other locations in the Village. This Village seems to be borrowing many aspects from mobile games such as Clash of Clans with the building in real time aspects. The first thing players build is the Travel Point that starts out as a mule and can be upgraded to a flight point which will unlock the aforementioned heroic difficulty for all bounties.

Other buildings include the Fighting Pit for playing against real people. There is also the Tavern that serves as a collection manager for Mercenaries. The Merchant Cart holds a shortcut to the shop, the Mailbox for all news, and the Campfire with the task board which are quests in traditional Hearthstone. As of now, it is unclear whether anything besides the Travel Point can be upgraded and what those possible upgrades would do. It seems that players will have to use their gold to purchase these buildings and upgrades, in addition to buying packs for new sets and the new Mercenary packs.

The Mercenaries mode seems to be attempting to be its own game similar to Battlegrounds and the traditional deck-building ladder system. In fact, Hearthstone appears to be shifting more and more towards becoming a hub to play all kinds of card games with less of a focus on the traditional gameplay; the most recent update even changed the main menu’s UI to reflect this. There is now a dedicated Battlegrounds and Mercenaries button underneath the play button that has been renamed to just Hearthstone. Whether Mercenaries will see the same success and popularity as Battlegrounds is up in the air, especially with so many concerns about monetization in Blizzard games. However, Mercenaries certainly is a completely new take on Hearthstone, and that’s sure to cause discussion and excitement.

Hearthstone Mercenaries is out October 12, 2021 for Mobile and PC.