Free-to-play multiplayer game League of Legends is receiving a huge graphical upgrade in an upcoming patch. That, and a new larger 5 vs. 5 map named Magma Chamber!

You Are Reading :League of Legends Receiving a Complete Graphical Overhaul 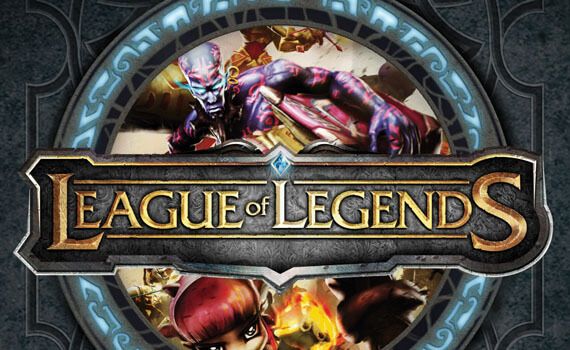 Free-to-play multiplayer game League of Legends just keeps getting better and better. Revealed in the latest issue of PC Gamer, League of Legends will soon be receiving a complete graphical overhaul. Other freshly revealed details include a new, larger 5 vs. 5 map named the Magma Chamber. The new map is rumored to include a new healer minion type, promising an exciting new experience for all players. New melee DPS champion Irelia is also detailed, so keep reading for the information we have on her.

Of course, the biggest news is still the graphical overhaul. The crazy thing is that no one in the League of Legends community really thought the game needed an overhaul. This is just Riot Games’ commitment to excellence shining through.

Here are a few before and after comparisons that PC Gamer provided, but it’s likely only scraping the surface of the upgrade: (Click for full-size)

From what I can tell, we’ve got higher resolution textures all around. And what a difference it makes! Gragas’ portly figure now carries shadowy crevasses, and the armored giant known as Mordekaiser looks the part! His armor shines like a newly polished (hot rod?) siege tank. The same gleam can be seen on Gragas’ extremities, which is a bit unfitting, but is likely very clean in motion.

Summoners’ Rift also appears to be benefiting from some higher resolution textures. Horrifyingly though, some grass placements have been moved as well. I look forward to a number of unexpected ganks before I grow accustomed to the changes!

As for the new champion Irelia, here is the brief introduction PC Gamer provides:

Designed to be a burst melee DPS character that thrives whens she’s outnumbered, Irelia’s biggest weakness is stuns and other crowd control. Her abilities – a dash whose cooldown is refreshed when you successfully kill a target with it, a passive boost to her attack speed when surrounded by opponents and an ultimate ability that summons one or more floating blades to fight alongside her.

A burst DPS that thrives in crowds, but is weak towards crowd control seems a bit contradictory to me, but perhaps Riot has some creative mechanics in store for her.

I can’t expound enough on how surprising this announcement is. As a devout League of Legends fan, I was expecting more details surrounding observer-mode replays, considering they’re using some of that functionality in the upcoming WCG tournament finals.

The skins they’ve shown to PC Gamer (and vicariously to us) look amazing, and I can’t wait to see what changes are in store for the rest of the League.

Just in case you were worried, Riot Games insists that running the game on low settings will leave the game just as playable as prior to the graphics upgrade. So no worries Ranters with low-end computers!

What do you think, Ranters? Are you playing League of Legends yet? What’s it going to take to persuade you to try this free-to-play game out? Riot Games is working hard for the money, so give them the opportunity to win you over.

You can try League of Legends free right now on your PC.