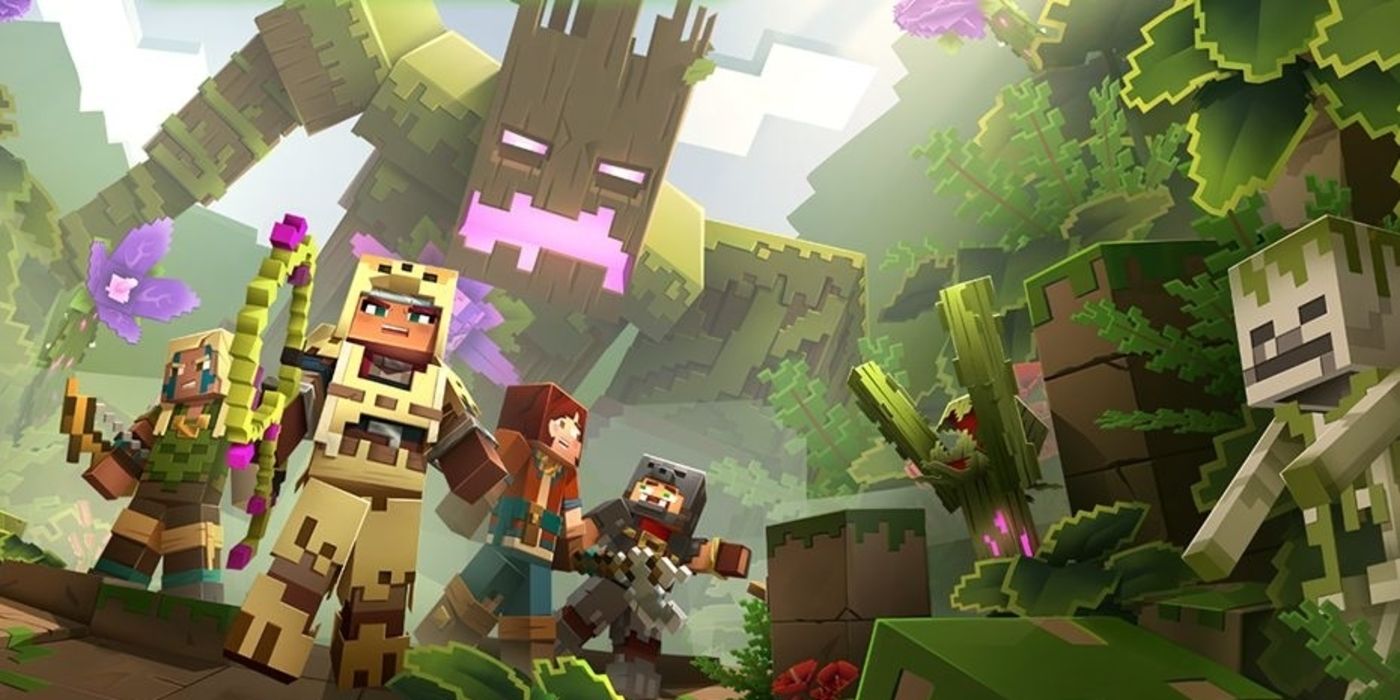 Minecraft Dungeons has just received its first major balancing patch, version 1.3.2.0. Alongside the introduction of the Jungle Awakens DLC, there were also several changes made to enchantments, gear, and more. The most striking thing about these patch notes, however, is the rework of the way souls work. Souls have always been a pretty powerful and fun option for players, but they were somewhat restrictive. Now they are even more viable and allow for an even wider variety of play styles, so it is likely that they will receive a spike in usage in the coming weeks.

Truthfully, every build is viable in Minecraft Dungeons, as the game isn’t particularly difficult at the recommended difficulty. That said, there are certainly some builds that dominate the game much better than others. Soul builds previously didn’t quite reach that level of potency but were still quite good. These changes don’t drastically increase the potency of soul builds, as there are a lot of technical nerfs as well, but they rework them into a way that is much easier to use for both dedicated soul builds and more casual ones. Highlighted here are some of the more noticeable changes. 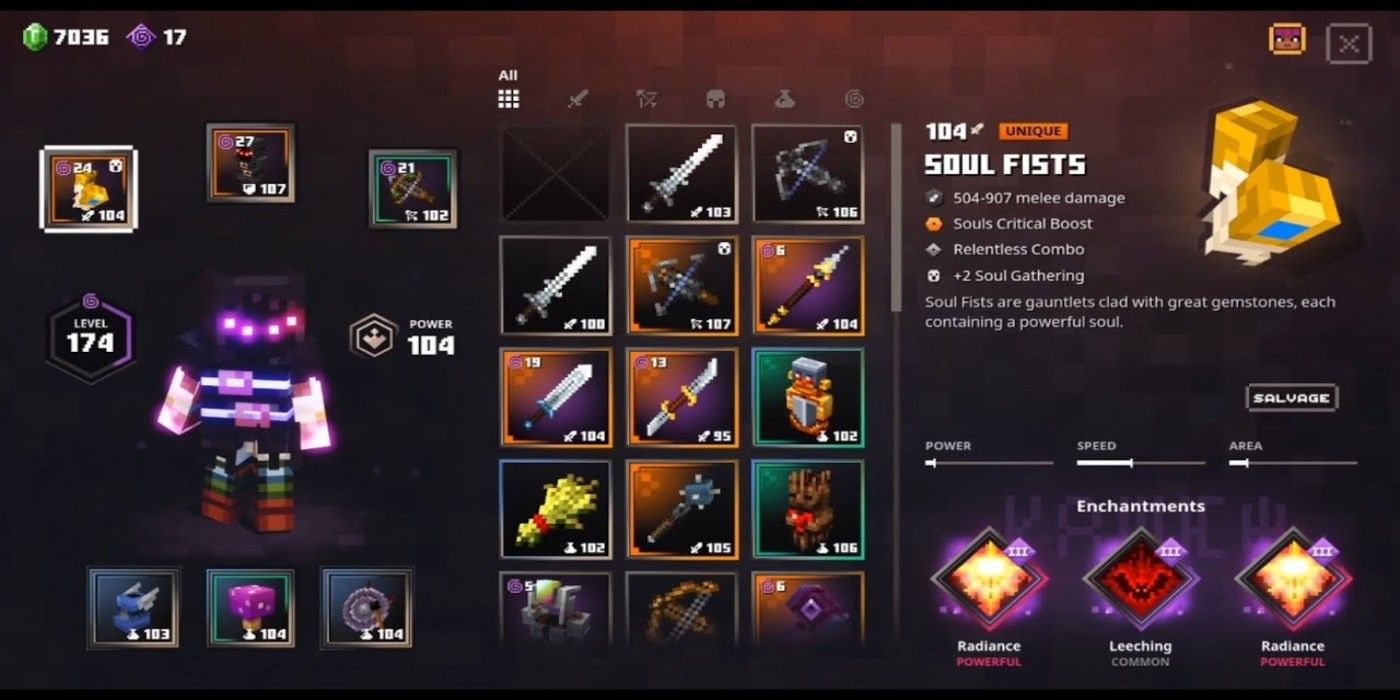 A few changes were made that affect all soul related items and effects. Perhaps the biggest change is that players can now hold onto a massive 300 souls at a time, six times more than the previous cap of 50. While this is great, players will also notice that they may get souls slightly slower unless they gear their builds towards it. All soul items now only give +1 Soul Gathering (some items used to give +2), and any item which used to give a 100% bonus to soul gathering now only gives a 50% bonus instead. While these are pretty negative, other changes outweigh these drawbacks.

First, players now gain souls regardless of what method is used to kill the enemy. Previously, if the player had a Soul Knife but killed the enemy with their Power Bow, they wouldn’t get the souls granted by the knife. Now, it doesn’t matter what players use, they will get the souls from all of their gear’s soul gathering combined. Additionally, players now get souls even if an ally defeats an enemy, so long as they are close enough to either the ally or the enemy. This is huge, as soul builds sometimes require weapons which aren’t as ideal, and opens up a huge range of options for multiplayer games.

Finally, soul themed enchantments grant a +1 to that item’s soul gathering. This means that, despite certain items having their soul gathering nerfed, that the total number of souls gathered per kill is likely to increase drastically. Since more types of kills now count for Soul Gathering, even pet kills count now, players will likely be getting a lot more souls than they used to. Players can hold more souls now as well, so all around this is a big win for players that enjoy using soul artifacts. 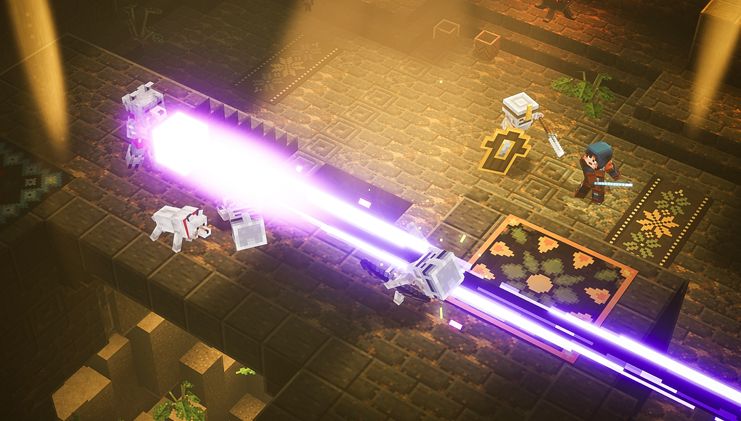 Most soul artifacts also got some changes specific to them, with some being buffed and others receiving some harsh nerfs. This will likely dictate which artifacts are worth using, so it’s important to study the changes. The first change is to Soul Siphon, which gives a chance to produce extra souls with each hit. This item now produces less souls, less often, but is now affected by the player’s soul gather bonus, so this overall is a buff. If a player triggers this enchantment with only +1 soul gathering, they will get 2 souls, but having +4 soul gathering would grant them 8 souls upon trigger.

The Soul Speed enchantment received a major rework as well, which is good because it wasn’t great in its previous state. Players can now gain up to five stacks total (one per kill), but each stack grants a cumulative 5% bonus to speed. This bonus lasts longer as well, so although the total potential of the enchantment has decreased, players will likely see a lot more of its effects now. Anima Conduit, which heals the player for getting souls has gotten much better now as well due to the aforementioned general soul changes.

This enchantment heals twice as much per soul as it did before, but only affects each visual soul (meaning it isn’t modified by bonuses to Soul Gathering). Since players can get souls from so many sources now, though, it’s pretty amazing. The Harvester artifact also changed a bit, and no longer has a variable soul cost. Instead, players will spend 40 souls (previously 25) to activate the effect. Since its damage is based on souls used, that means that it will deal 60% more damage than before. It’s cooldown did increase from one to four seconds, however.

The Corrupted Beacon, a fan favorite, now drains souls twice as fast, but players should be able to offset that due to the general changes made to Soul Gathering. To make it worth it, though, it now deals double damage and has 33% increased range. In a similar vein, the Lightning Rod now costs 15 souls rather than 10, but does more damage thanks to it being dependent on souls spent. On top of this, it also does twice as much damage per soul and has a larger area of effect.

The only two artifacts to be decidedly nerfed are the Soul Healer and the Torment Quiver. The Soul Healer now costs more and heals less per soul. It has a five second cooldown, but does apply some unclear buffs to the item’s “healing allies spark start speed and acceleration.” The Torment Quiver probably deserved this nerf because of how good of an item it was, but now costs three times as much has a six second cooldown as well.

With all this in mind, the only soul artifact which probably isn’t worth using is the Soul Healer. It was already a somewhat mediocre item and these nerfs didn’t help it at all. Soul Speed and Soul Siphon are equally as situational as they once were, but will shine even greater when those situations do arise. The Lightning Rod and the Harvester are an interesting case; players will need to use these artifacts to determine if the buffs make them great or not. Above all else, though, the Corrupted Beacon (which was already great and is now better), the Torment Quiver (which is still awesome despite the nerfs), and the Anima Conduit (which used to be mediocre but is now amazing) are clearly the best soul artifacts available (not including whatever new enchantments from Jungle Awakens may have been introduced).

Minecraft Dungeons is available now for PC, PS4, Switch, and Xbox One.