Pokemon Fan Fuses Johto Starters Together into a Single Pokemon

Pokemon Fan Fuses Johto Starters Together into a Single Pokemon

A Pokemon fan fuses all three Johto starters into a single Pokemon, with surprisingly charming results sure to please fans of the Johto region.

You Are Reading :Pokemon Fan Fuses Johto Starters Together into a Single Pokemon 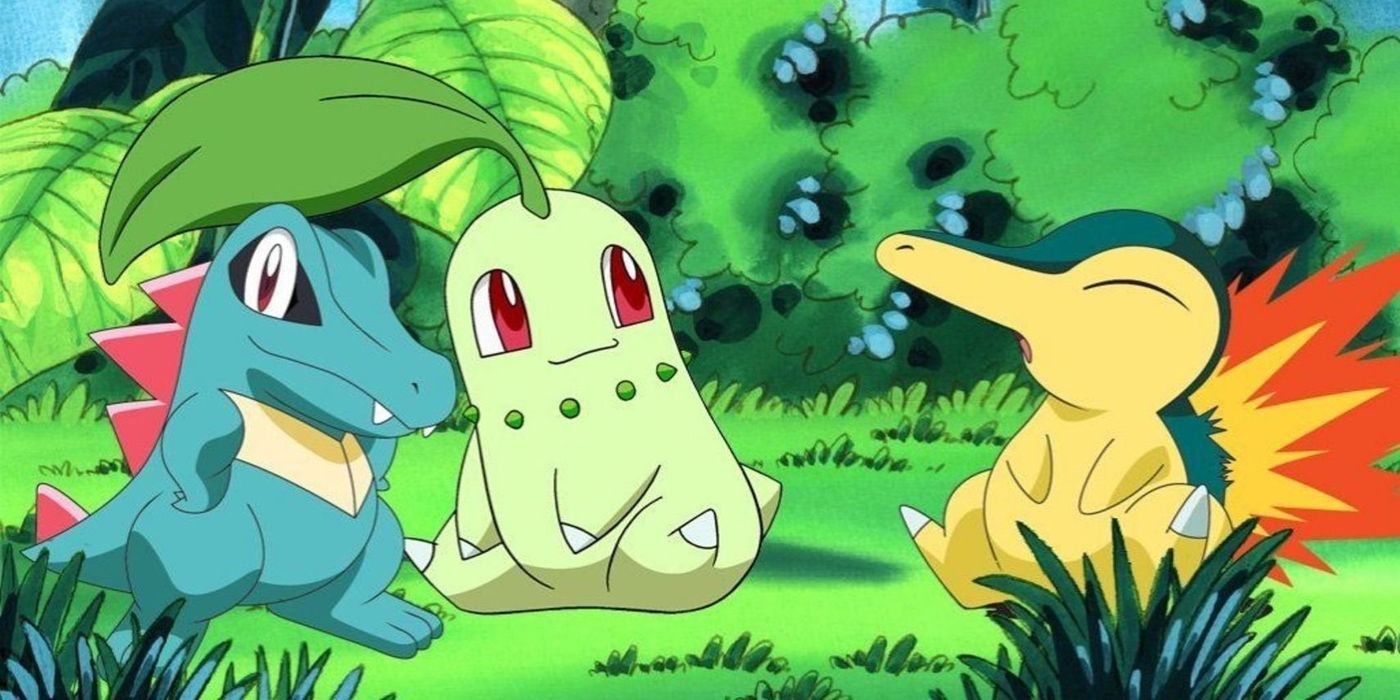 A fan of Pokemon HeartGold and SoulSilver has envisioned what a Pokemon that combined aspects of those games’ three starter Pokemon might look like. While the results will never make their way into an official Pokemon game, they are surprisingly charming.

Anyone who has played Pokemon HeartGold or SoulSilver, or the original Gold and Silver games, will remember choosing between three adorable starter Pokemon in Professor Elm’s lab. These include the mouse-like Cyndaquil, crocodile-like Totodile, and often-maligned plant-like quadruped Chikorita. Shortly after the player chooses one of the three Pokemon, their rival steals the remaining starter with a type advantage against the player’s, providing a challenge for the player to overcome throughout the game.

Reddit user AryxaArt fused together Chikorita, Cyndaquil, and Totodile into a single evolutionary line. The Pokemon’s shape strongly resembles the Chikorita line, but it has the flame plumage of Cyndaquil, along with much of Totodile’s coloring and eye color. The overall design comes together surprisingly well, to the point that it would likely have a place in fusion-themed Pokemon fangames. No evolution method is given, although based on the pattern set by other starters, the Pokemon would likely evolve by simply levelling-up.

It would certainly be nice to have a starter Pokemon that could naturally learn Water-, Fire-, and Grass- type moves. The way that players progress through the Johto region rewards players who choose Cyndaquil or Totodile with easier type match-ups in the region’s Gyms, fueling many players’ aggressive displeasure with Chikorita. Fusing all three Pokemon together would at least integrate elements of Chikorita’s design and moveset into a highly viable Pokemon for taking on the Johto gyms.

See also  The Elder Scrolls Potential Locations for the Next Game

Sadly for fans of the two Pokemon, Totodile and Chikorita will likely not receive much attention in the foreseeable future. The upcoming games Pokemon Brilliant Diamond and Shining Pearl will prominently feature Sinnoh starters Piplup, Turtwig, and Chimchar, shifting the spotlight towards those Pokemon. More importantly, the upcoming open-world adventure Pokemon Legends: Arceus will feature Cyndaquil as its choice for a Fire-type starter. However, Totodile and Chikorita are nowhere to be seen so far in Legends’ ancient iteration of Sinnoh.

This isn’t the only recent creative project featuring starter Pokemon, as they tend to feature at the forefront of many fanworks. For example, an artist recently imagined how Mimikyu could disguise itself as each starter, including the Johto ones. It’s no surprise that these Pokemon are such popular subjects: even if someone only spends a few hours with a Pokemon game before giving up, they will need to choose a starter Pokemon, so many players recognize them.

Pokemon HeartGold and SoulSilver are available for the Nintendo DS.