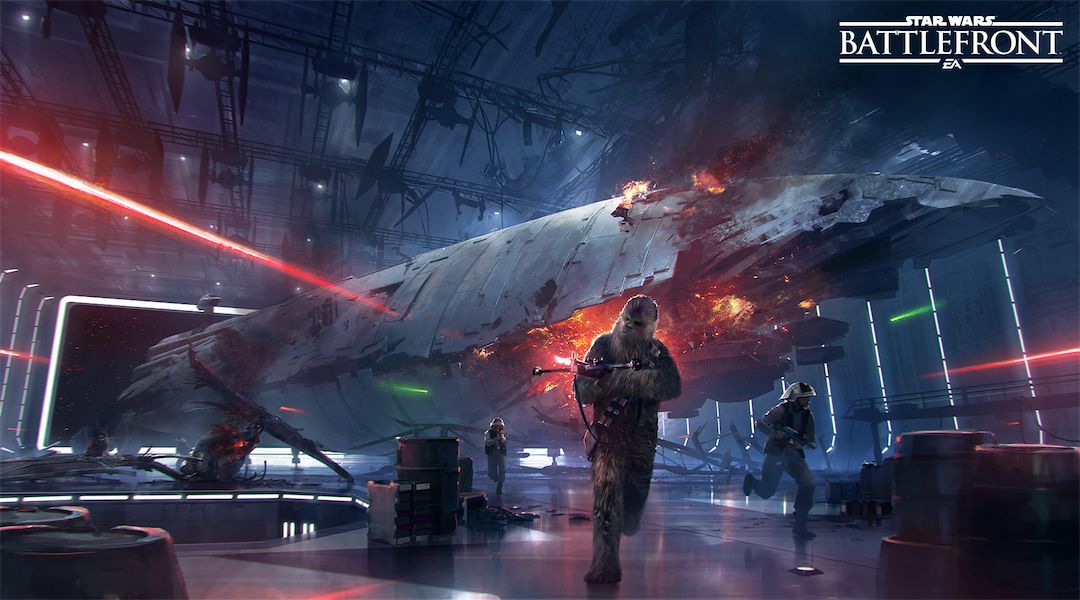 Ever since DICE and Electronic Arts put out the Death Star DLC teaser trailer which hinted at the possibility of actual space battles in Star Wars Battlefront, fans of the science fiction shooter have been on the edges of their seats in anticipation for any additional information about the expansion pack. Now, thankfully, EA has divulged new details in order to get players prepared for what’s to come in the title’s next add-on.

Using the iconic Death Star as its setting, Star Wars Battlefront’s forthcoming DLC is set to bring about an all-new mode entitled “Battle Station,” which will have fans taking part in fights across three separate phases, each with its own unique objective. Perhaps most excitingly, the parts jump from aerial combat, then to ground missions, and right back into space skirmishing.

The first phase will have Star Wars Battlefront players taking part in a conflict of X-Wings and A-Wings against TIE Fighters and Interceptors in space, as the Rebels are trying to take out enough Imperial ships to provide room for a Y-Wing attack on a Star Destroyer. After destroying the Empire freighter’s support vehicles, Rebels then attack weak spots in order to bring the Destroyer down with AI pilots assisting those taking on the role of the Dark Side to defend the massive ship.

After the first stage, the second phase occurs on-foot with the chance to use new characters Chewbacca and Bossk, as Rebels work to extract a priority droid from the Death Star—potentially R2-D2 or C-3PO—while the third phase takes place with Rebels working to blow up the DS-1 Orbital Battle Station, AKA the Death Star, with the availability of Luke Skywalker and his X-Wing. With that being the case, the Imperial side will, of course, have Darth Vader and his advanced TIE Fighter operating from a defense standpoint. Taking this into consideration, players will more than likely be able to recreate the classic trench run from the original 1977 film.

For those intrigued by the chance of finally being able to take part in space battles with Star Wars Battlefront’s Death Star DLC, fans will be able to obtain the expansion in September of this year. Of course, those who already own the game’s Season Pass will automatically have the package added with no additional charge.

Aside from Star Wars Battlefront’s Death Star DLC, developers have announced that the science fiction title’s final expansion pack will be based on the upcoming Rogue One film starring Felicity Jones as the lead role of Jyn Erso and Ben Mendelsohn as Director Orson Krennic, with both characters being featured in the content. Taking all of this into consideration, once Star Wars Battlefront eventually receives all of its post-launch assets, fans ought to expect the new movies beyond the original trilogy to tie in with the game’s upcoming sequel when it releases sometime next year.

See also  Death Stranding Where is Fragile in Episode 3

Star Wars Battlefront is out now and is available for PC, PlayStation 4, and Xbox One.