AEW Games is officially joining the wrestling game market, which means WWE 2K is going to have to fight to keep its current throne.

You Are Reading :The New AEW Games Are Actually Good News for WWE 2K21 and Beyond 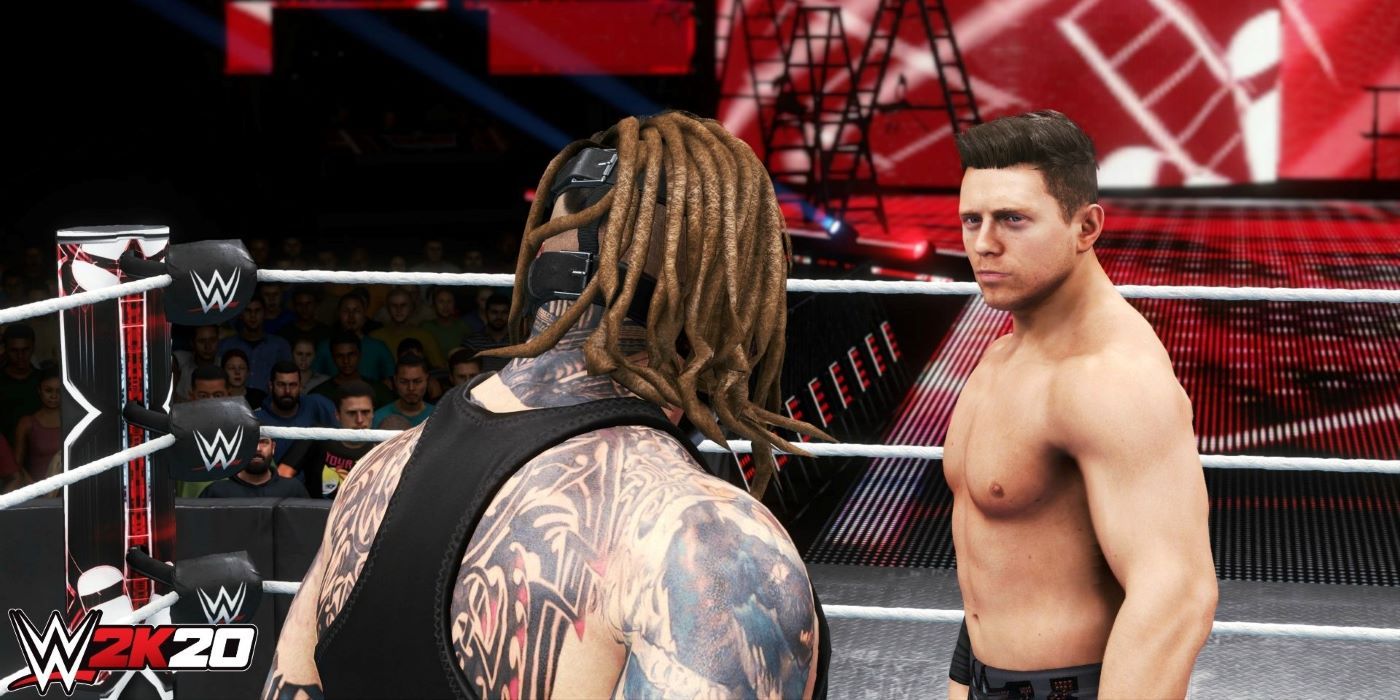 Innovation doesn’t always come easy, and some of the best ideas in any industry emerge under pressure and competition. The release of two new consoles demonstrate that, as Sony and Microsoft have been working tirelessly to differentiate their consoles from each other with unique selling points. This way, consumers get more diversity of choice, and companies get to develop a useful brand or reputation. Of course, another way to develop a reputation is to completely dominate a niche, and the WWE 2K games are one of those. When it comes to wrestling games, there’s really no higher profile choice than the games branded after World Wresting Entertainment itself.

Unfortunately, it’s a common complaint about sports games that they don’t innovate enough. On the one hand, it’s understandable, but sometimes it’s hard to come up with new angles on the sport that the sport itself isn’t actually doing. However, for franchises like WWE 2K that release new entries annually, there has to be some compelling reason to get the new game. Innovation is key, and that’s where AEW Games comes in. It looks like there’s finally a serious competitor for WWE on the market. If AEW can make a name for itself, it’ll mean just as much for WWE. 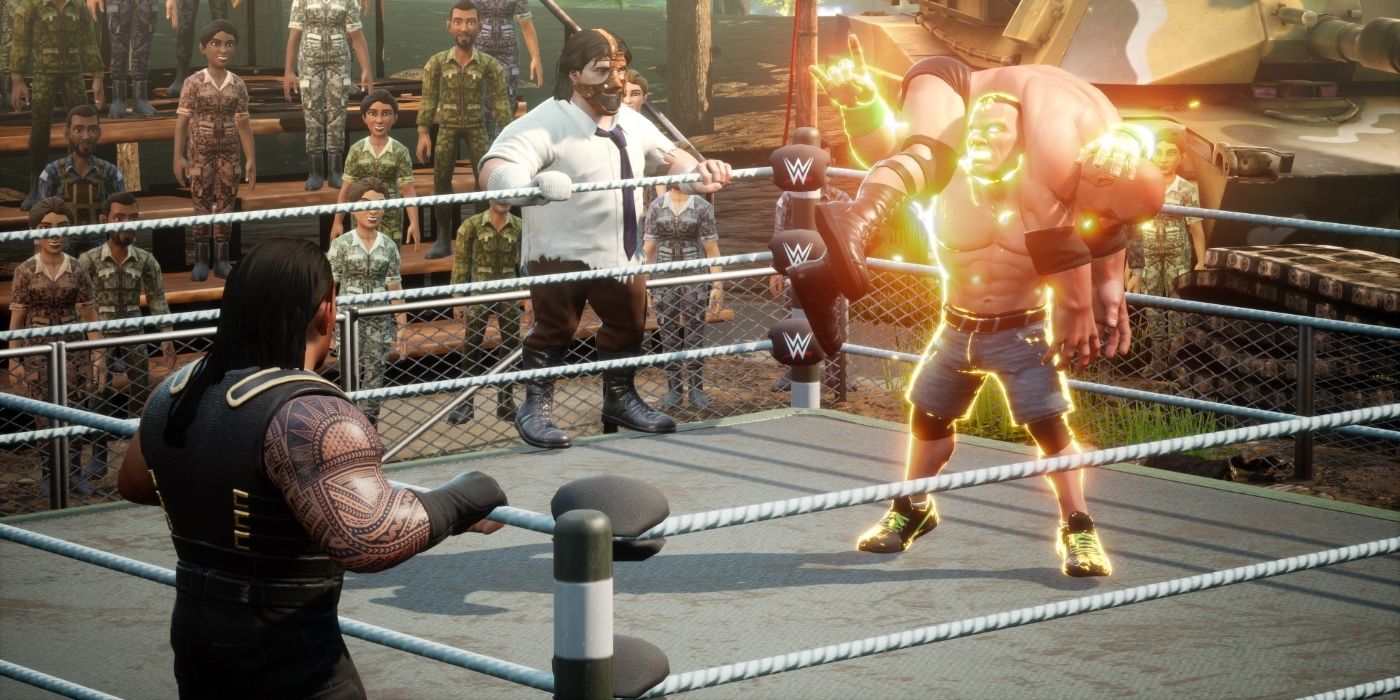 All Elite Wrestling has a few games in development, now that it has gone public with its projects. There’s the mobile game AEW Elite General Manager, as well as AEW Casino: Double or Nothing, but most importantly, AEW Games has a more mysterious console title in the works. There’s clearly some ambition in the hearts at AEW Games. Rather than just announcing the console game and making that the studio’s sole focus, it’s trying to put down roots as quickly as possible with AEW Casino and General Manager. It wants a presence, and fast.

What’s more, AEW is already equipping itself for a bout with WWE. It’s now public knowledge that Yuke’s Co., a studio that worked on the WWE 2K games for eighteen years, has been brought aboard to help make AEW Games’ console title. In other words, WWE’s own resources are being turned against it. AEW may be a newcomer to the video game industry, but it’s playing its cards right by developing an audience early and putting wrestling game veterans on its flagship game. WWE, 2K Games, and Visual Concepts Entertainment have nothing but compelling reason to take AEW Games seriously as it steps on their turf.

A Rivalry is Born 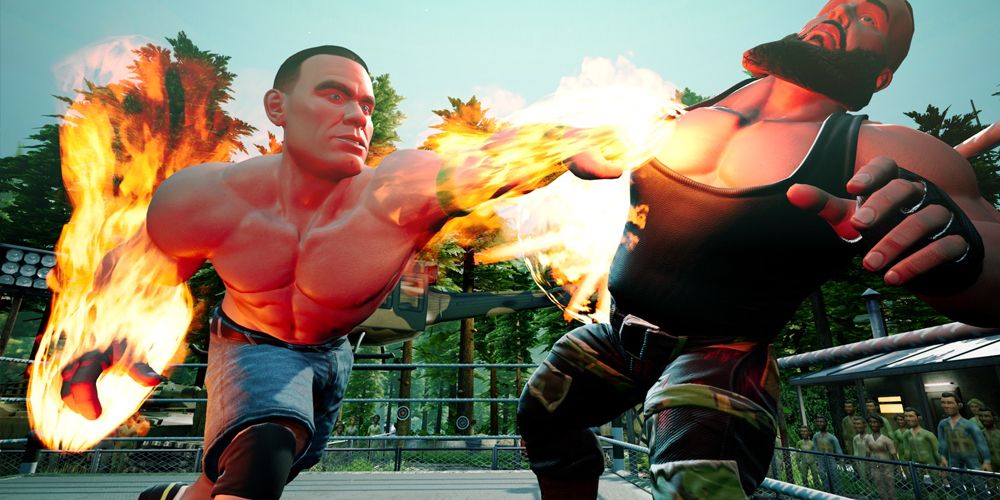 It’s certainly not easy to put out a game every year. Still, fans expect to see something new out of new entries in a series like WWE 2K, and competition may just be what it’ll take to break WWE 2K out of its cycle. A monopoly on the genre is lucrative, but can be unhealthy for a franchise, as the controversy around Madden NFL 21 earlier this year demonstrated. AEW Games’ upcoming game might prove to be just as useful a sparring partner as a motivational rival. These two wresting companies can bounce ideas off each other at a distance, see what makes one game stand out other the other, and so on. There’s a lot to be learned from competition.

WWE 2K20 was something of a fall from grace for the franchise. It sits at a score of only 43 on Metacritic, with both players and critics citing rampant bugs and calling the game borderline unplayable at its release. This was WWE 2K’s first title without help from Yuke’s, and now it’s apparent that that’s because Yuke’s is working with a new rival. Fans are already wondering if AEW’s game will bring wrestling games back to the golden age of WWF No Mercy, generally regarded as one of the best games of its genre even at twenty years old. AEW Games is clearly here to play for keeps, so WWE 2K better get up and fight.

WWE 2K21 is reportedly in development.