Walking Dead Reveals New Details About What Happened To Connie

Walking Dead Reveals New Details About What Happened To Connie

Lauren Ridloff’s Connie disappeared in The Walking Dead season 10, but returns in season 11. Here’s what we know happened to her during the gap.

You Are Reading :Walking Dead Reveals New Details About What Happened To Connie 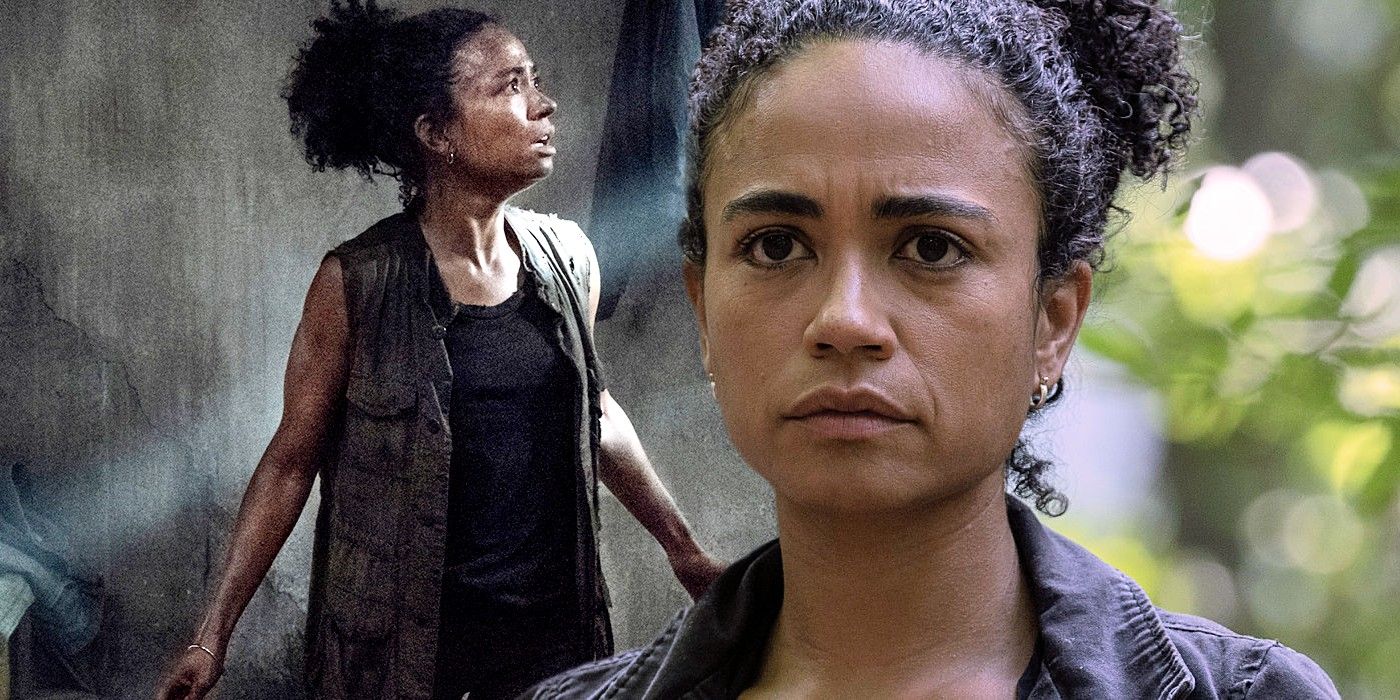 After an Eternity, Connie returns to The Walking Dead – but what has she endured since season 10’s cave collapse? Lauren Ridloff’s Connie debuted in The Walking Dead season 9 alongside Magna’s group of outsiders, before developing into a key member of the Alexandria-Hilltop alliance. Despite striking up a budding romance with Daryl Dixon, Connie’s zombie apocalypse tenure didn’t last long. While feuding with the Whisperers, a group of Alexandrians found themselves trapped in the cave Alpha used for storing her zombie horde. When a vengeful Carol started throwing TNT around, Magna and Connie didn’t make it out, and though the former eventually emerged alive, Connie remained missing deep into The Walking Dead season 11,

Lauren Ridloff makes her return in “On The Inside” – an unapologetic horror homage filled with creepy portraits, jump scares, and feral villains bringing loincloths back into fashion. Together with Virgil (Kevin Carroll’s character, who kidnapped Michonne shortly before she went Rick-hunting), Connie takes refuge in a creepy house they mistakenly believe to be abandoned. Before long, the famished residents are picking Connie and Virgil off one-by-one, and a basement full of bones confirms what viewers probably knew already – they’ve fallen into a cannibal trap. Barely making it out alive, Connie and Virgil are saved by the timely arrival of Carol, Magna, Rosita and Kelly.

But what happened to Connie between The Walking Dead season 10’s cave-in, and almost being paired with a nice Chianti in season 11? When Magna resurfaced a few episodes on from the cave incident, she claimed that both women survived using the old “hide among the dead” trick. She and Connie were able to move among Alpha’s herd, but became separated while still underground. Kelly finds a notebook in this week’s episode, and scrawled notes reveal how Connie struggled for days in the pitch black cave, surrounded by dead with only minimal water. This experience has evidently taken a toll on her mental well-being. 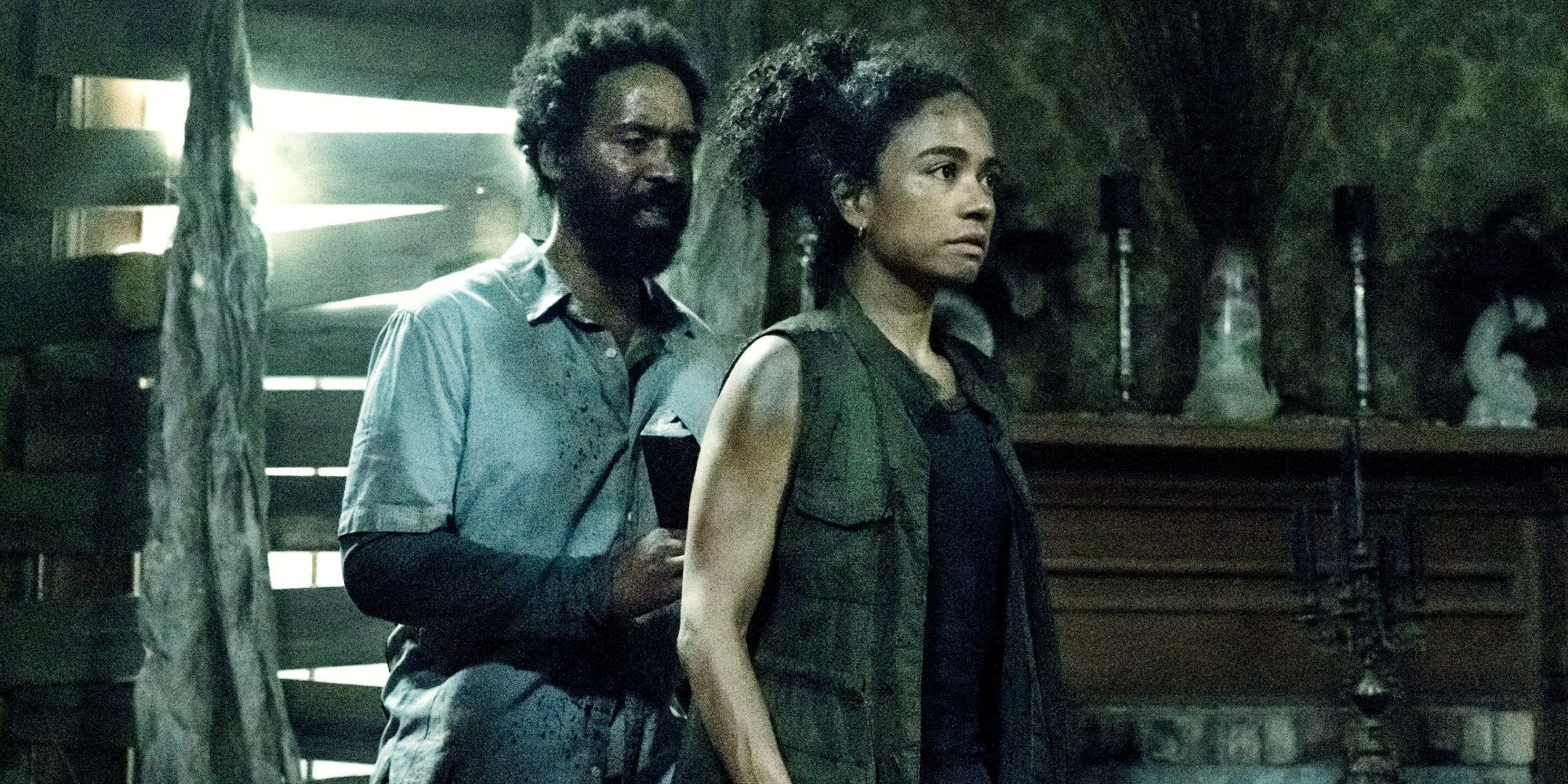 While scavenging the remains of Hilltop last week, Aaron and Carol’s group met an ex-Whisperer who witnessed Connie’s eventual escape. Ridloff’s character must’ve then hit her head, as she’s seen in The Walking Dead season 10’s finale with a bloodied face, barely able to stand, and this is where she encounters Virgil. According to Aaron’s Whisperer prisoner, “there were many, then there were two, then she was alone.” Since Connie and Virgil have stuck together since their first meeting, Keith the Whisperer must’ve meant there were many (during the cave collapse), then two (Connie & Magna), then just Connie herself. Keith likely stopped following Connie before she bumped into Virgil.

“On The Inside” adds more detail to Connie’s misadventures with Virgil following the post-credits of The Walking Dead season 10. At some point, Virgil’s horse gave out. The animal’s rotting corpse is discovered by Kelly, who spends this week’s episode searching for her sister after hearing Keith’s message of hope. Connie and Virgil made a rudimentary camp in the woods. They ate, and the latter explained his connection to Michonne, but Connie refused to sleep “for days” due to the lingering aftermath of the cave trauma. They decide to find Alexandria, and Connie draws a rudimentary map of local landmarks to help find the way, but it soon becomes clear that the campsite is being watched (by the cannibals, Connie deduces several scenes too late).

Virgil suggested they abandon camp first thing in the morning, but the cannibals forced them to run in the middle of the night, leaving behind all supplies and most weapons. Connie and Virgil were ushered toward the House of Death, and that’s where The Walking Dead season 11 picks up. As far as what the future holds, Connie will be relieved to be among friends at home, but probably can’t shake off her cave ordeal so easily. Lauren Ridloff’s character must also face the prospect of losing Daryl’s heart to his old flame, Leah.